The characteristics of Casting valves 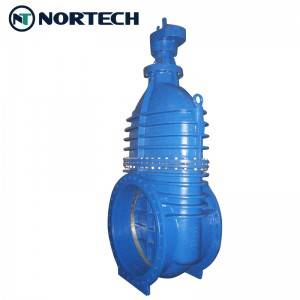 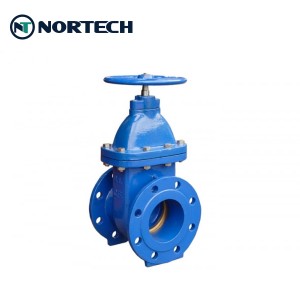 Casting valves are valves made by casting. Generally, the pressure ratings of cast valves are relatively low (such as PN16, PN25, PN40, but there are also high-pressure ones, which can reach 1500Lb, 2500Lb), and most of their calibers are above DN50. Forged valves are forged and are generally used in high-grade pipelines with relatively small calibers, generally below DN50.
1. Casting
1. Casting: It is the process of smelting metal into a liquid that meets certain requirements and pouring it into a mold. After cooling, solidification, and cleaning, a casting (part or blank) with a predetermined shape, size and performance is obtained. The basic technology of modern machinery manufacturing industry.
2. The cast-produced wool is also low in cost, and can show its economical efficiency for parts with complex shapes, especially with complex internal cavities; at the same time, it has wide adaptability and better comprehensive mechanical properties.
3. Materials (such as metal, wood, fuel, modeling materials, etc.) and equipment (such as metallurgical furnaces, sand mixers, molding machines, core making machines, shakeout machines, shot blasting machines, cast iron plates, etc.) required for casting production ) Is more, and will produce dust, harmful gas and noise and pollute the environment.
4. Casting is a kind of metal thermal processing technology that mankind has mastered earlier, with a history of about 6000 years.
In 3200 BC, copper frog castings appeared in Mesopotamia. Between the 13th century BC and the 10th century BC, China has entered the heyday of bronze castings.
The craftsmanship has reached a very high level, such as the 875 kg Simuwu Fangding Ding from the Shang Dynasty, the Zenghou Yizun plate from the Warring States Period, and the translucent mirror from the Western Han Dynasty are all representative of ancient casting.
product. Early casting was greatly influenced by pottery, and most of the castings were tools or utensils for agricultural production, religion, and life.
The artistic color is strong. In 513 BC, China cast the world’s first cast iron castings (about 270 kilograms weight), which can be found in written records.
Around the 8th century, Europe began to produce iron castings. After the Industrial Revolution in the 18th century, castings entered a new period of service to large industries.
In the 20th century, the rapid development of casting has been developed. Nodular cast iron, malleable cast iron, ultra-low carbon stainless steel, aluminum copper, aluminum silicon, and aluminum-magnesium alloys have been developed successively.
Casting metal materials such as titanium-based and nickel-based alloys, and invented a new process for inoculating gray cast iron. After the 1950s, high-pressure modeling of wet sand appeared,
Chemical hardening sand modeling and core making, negative pressure modeling, other special casting, shot blasting and other new technologies.
5. There are many types of casting, which are divided into: ①Ordinary sand casting, including 3 types of green sand, dry sand and chemically hardened sand. ②Special casting, according to the modeling material, can be divided into special casting with natural mineral sand and gravel as the main modeling material (such as investment casting, clay casting, casting workshop shell casting, negative pressure casting, solid casting, ceramic casting) Etc.) and special casting with metal as the main mold material (such as metal mold casting, pressure casting, continuous casting, low pressure casting, centrifugal casting, etc.).
6. The casting process usually includes: ①Preparation of molds (containers that make liquid metal into solid castings). The molds can be divided into sand, metal, ceramic, clay, graphite, etc., according to the number of times of use. For disposable, semi-permanent and permanent, the quality of the mold preparation is the main factor that affects the quality of castings; ②The melting and pouring of cast metals, cast metals (casting alloys) mainly include cast iron, cast steel and cast non-ferrous alloys; ③ Casting processing and inspection. Casting processing includes removal of foreign bodies on the core and surface of castings, removal of pouring risers, shoveling of burrs and drape seams, as well as heat treatment, shaping, anti-rust treatment and rough machining. Import pump valve