The working principle of the globe valve 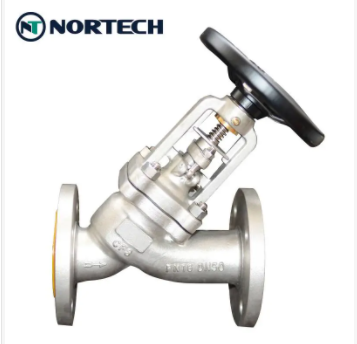 The cut-off valve is also called the cut-off valve. It is the most widely used valve. The reason why it is popular is that the friction between the sealing surfaces during the opening and closing process is small, it is relatively durable, the opening height is not large, the manufacturing is easy, and the maintenance is convenient. , Not only suitable for medium and low pressure, but also suitable for high pressure.
The closing principle of the globe valve is to rely on the pressure of the valve stem to make the sealing surface of the disc and the sealing surface of the valve seat closely fit to prevent the medium from flowing.
The shut-off valve only allows the medium to flow in one direction and is directional when installed. The structural length of the shut-off valve is longer than that of the gate valve, and the fluid resistance is large, and the sealing reliability is not strong during long-term operation.
There are three types of globe valves: straight-through globe valves, right-angle globe valves and direct-flow oblique globe valves.
The most obvious advantage is that during the opening and closing process, the friction between the disc and the sealing surface of the valve body is smaller than that of the gate valve, so it is wear-resistant. The opening height is generally only 1/4 of the diameter of the valve seat passage, so it is much smaller than the gate valve. Usually there is only one sealing surface on the valve body and the valve flap, so the manufacturing process is relatively good and easy to maintain.
Nominal pressure or pressure level of stop valve: PN1.0-16.0MPa, ANSI CLASS150-900, JIS 10-20K, nominal diameter or caliber: DN10~500, NPS 1/2~36″, stop valve connection method: flange , Butt welding, thread, etc., applicable temperature: -196℃~700℃, stop valve drive mode: manual, bevel gear drive, pneumatic, electric, hydraulic, gas-liquid linkage, electro-hydraulic linkage, valve body material: WCB, ZG1Cr18Ni9Ti , ZG1Cr18Ni12Mo2Ti, CF8 (304), CF3 (304L), CF8M (316), CF3M (316L), Ti. Different materials are used for the stop valve, which can be used for water, steam, oil, nitric acid, acetic acid, and oxidizing media. , Urea and other media.