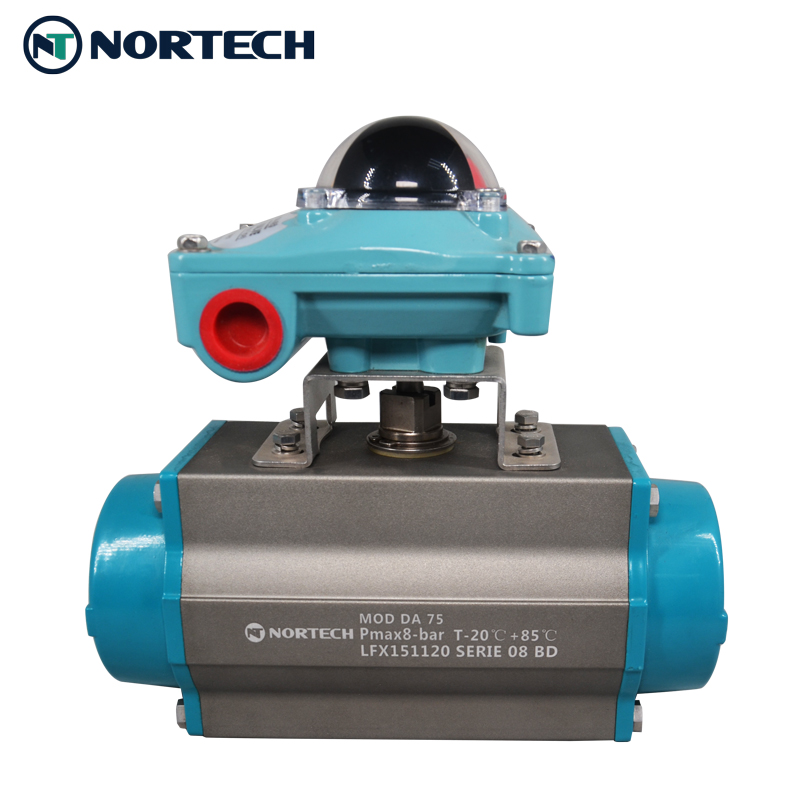 Rack and Pinion actuator  are mechanical devices used to automatically open and close valves or dampers, usually for industrial applications.  Typically, pneumatic air pressure is used to power the actuator. By applying pressure to the piston racks, the pinion can be turned to the desired position.

NORTECH is one of the leading China Rack and Pinion actuator   Manufacturer & Supplier.

What is Rack and Pinion actuator ?

Pneumatic rack-and-pinion actuators convert the energy of compressed air by means of a pneumatic cylinder to an oscillating rotary motion. The clean, dry, and processed gas required by this actuator is provided via a central compressed air station, which usually supports a range of pneumatic devices in a process system.

Rack-and-pinion actuators offer the widest ranges of torque and rotation compared to other conversion mechanisms for converting linear force to rotational torque. It has a high mechanical efficiency and the torques that they are able to produce range from a couple of Nm to multiple thousands of Nm.

However, one potential drawback of the rack-and-pinion design is backlash. Backlash occurs when rack and pinion gears are not completely aligned and there is a small gap between each geared connection. This misalignment can cause wear on the gears during the life cycle of the actuator, which in turn increases backlash.

A double rack unit uses a pair of racks on opposite sides of the pinion. This helps eliminate backlash due to a counter force and also doubles the output torque of the unit and increases the mechanical efficiency of the system. In the double acting actuator shown in Figure 3, the two chambers on the sides are filled with pressurized air, which push the pistons to the center and to return the pistons to the initial position, the chamber in the center is in turn pressurized.

Rack-and-pinion pneumatic actuators can be either single-acting or double-acting. It is also possible for these actuators to provide multiple stops.

Some rack-and-pinion actuators are able to stop at multiple positions through the range of a rotation by controlling the pressure at the ports. The stop positions can be in any sequence, making it possible for the actuator to selectively pass an inter-mediate stop position.

Due to their constant torque output, Rack and pinion actuators are frequently used and often the preferred style of pneumatic actuators for valves. They are used for mixing, dumping, intermittent feeding, continuous rotation, turning over, positioning, oscillating, lifting, opening and closing and turning. These actuators are used for various mechanical functions in the steel industry, material handling, marine operations, construction equipment, mining machinery, and hydraulic power steering. 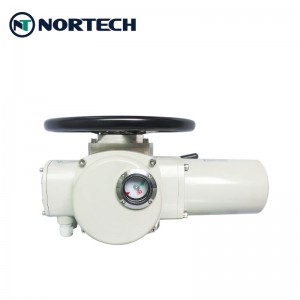 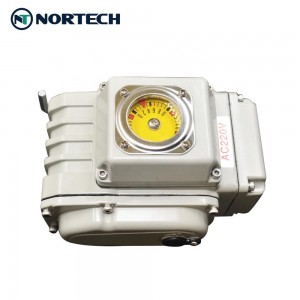 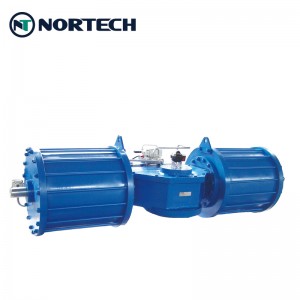 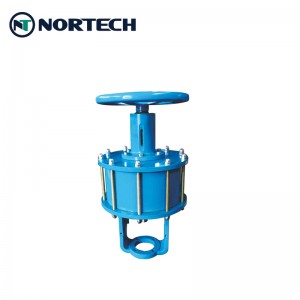 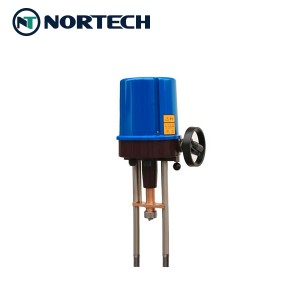